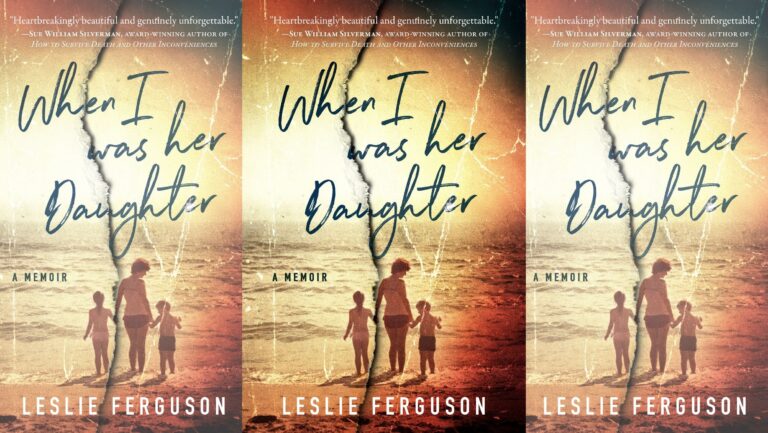 Also available by request from your favorite local bookstore and at most other ebook retailers.

WHEN I WAS HER DAUGHTER: A MEMOIR

Seven-year-old Leslie has a serious problem. Someone is trying to kill her.

Leslie and her little brother must confront the stark reality of living with their mother’s raging psychosis. When her mother demands the impossible, Leslie attempts to control the chaos. Her obedience results in terrifying consequences, and her rebellion angers her mother, who writes rambling manifestos and forces her children to live on the run to evade the Russian spies she believes are after them. Her mother’s ultimate goal is to protect her children from capture even if it means she must kill them herself.

Eventually, the police remove Leslie and her brother from their mother’s custody. Freedom from violence and neglect offers the young girl a glimmer of hope, but alienating, oppressive foster homes cause her to plummet into despair. All seems lost . . . until a teacher intervenes and risks everything to bring Leslie to safety and show her the redemptive power of trust and patience, proving unconditional love is possible even without the bond of blood.

When I Was Her Daughter is a raw, honest account of one girl’s journey through madness, loss, and a broken child welfare system, where only the lucky and most resilient survive.